Responses to our candidate questionnaire


As you campaign around town, what are some of the bigger themes you’re hearing from residents and business owners? What are people in Muskego most concerned about?

By far, the people of Muskego have been voicing concerns about the absence of a centralized downtown area for Muskego. These concerns also include not doing as much city events as previously conducted. Citizens would like to see Jammin’ on Janesville revert back to three events a year, compared to one. Over the course of the past few months I have addressed these concerns with one of my weekly initiative announcements. I have put together a concept plan that is called Veteran’s Square. This square includes a veteran’s memorial, small park, farmers market, community center, and mutli-use amphitheater. You can view all of the details on my website www.dombrowskiformayor.com/initiatives. In an effort to address further concerns, I have laid out two other initiatives on the website as well. One being a dedicated fall leaf pick up schedule, and the other making Muskego a second amendment sanctuary city. The final initiative will be announced on March 30th on Facebook and my website.

What unique experiences, characteristics, and talents would you bring to the mayor’s chair?

Non-partisan experience for a non-partisan position. While attending UW-Platteville, I served on Student Senate as a Senator and Director of Legislative Affairs. This position gave me experience working with both sides of the aisle (Democrat and Republican) in University policy production, Wisconsin State Legislature, and capitol hill.

The wording of this question is also interesting as it states the “mayor’s chair”. It is my goal to minimize the amount of time that I am in that chair. Being out in the community and working directly with residents and businesses is my style of leadership. A mayor should be out in public working with the people.

Putting together concepts like the Veteran’s Square represent my ambition, direction, and vision for this position. Utilizing public input into my ideology is something that I take a lot of pride in. Having a completely fresh perspective on city government will provide the people of Muskego a breath of fresh air.

What are some ways we can develop a deeper sense of community and really bring people together?

The fact that Muskego is a “Bedroom community” is a big deterrent from bringing people together. I cannot stress the amount of times citizens and business owners have told me that “after 6:00 pm we roll up the rugs and turn out the lights”. This is a large barrier I would like to overcome. Having infrastructure for hosting live music events, potential biergartens, additional Jammin’ on Janesville’s will help to bring our community together as a whole. An example of this infrastructure is my Veteran’s Square initiative. Respecting our roots and heritage as small town is my biggest priority. I feel we have strayed from that and I intend to change that. Creating more events in Muskego will bring people together. Some ideas of that include live music events, biergartens, etc.

What are your major goals for your first term of office?

Dealing with the current pandemic of COVID-19 is paramount. This will take precedence over any other goals of mine. The people of Muskego and their needs come before mine. I have already announced plans for a small business recovery plan that will include working hand-in-hand with the Chamber of Commerce, state and federal government, to get businesses grant applications. The local economy needs to get back on its feet as fast as possible, and that is my main goal.

Producing, analyzing, and executing a fiscally responsible budget will be my next priority. Muskego residents mainly want to be left alone, pay their taxes, and live a good life. Producing a budget that holds the line on property taxes while establishing a plan to pay for approximately sixty million dollars is going to be a hurdle.

Getting the ball rolling on initiatives would be my next step. Those initiatives are a clear representation of my vision and direction for the city of Muskego. They also represent my vision, direction, and ambition for the mayor’s position.

In your assessment, how is city government currently run? What’s working well, and what do you see as perhaps areas for improvement?

I would like to build upon the already very successful city government that we currently have. Like every scenario in life, there is always room for improvement. Efficiency is a word that I will be using often. Efficiency could mean reducing spending in some areas, or spending additional resources (for technology) to make the city more efficient. I personally believe that every situation should be handled independently. Blanket statements and umbrella policies tend to not work.

We are fortunate enough to have some of the best personnel as volunteer fire fighters, police officers, and EMTs. Our public works department also serves at that level. Listening to department heads of the city will assist me in helping them.

What would you do to encourage businesses to locate in Muskego? How do you intend to support existing local businesses?

Having my ear to the ground on what is going on in surrounding communities is a crucial step to invite businesses into Muskego. Going out and meeting with companies is something I plan on incorporating into my plan. We are not even close to second-to-last in regard to commercial/business tax base. This is a topic that needs to be addressed. Being as hands-on as possible reflects my style of leadership. I would like to target all industries and not leave any out.

Supporting local businesses is crucial to the survival of the local economy here in Muskego. COVID-19 is hurting businesses worldwide and supporting them needs to be a priority. As stated above, I will work with the Chamber of Commerce, state and federal government, to make sure that companies have access to business grant applications.

How would you describe your management and leadership styles, specifically, in relation to how you would see yourself working with the staff and common council?

My style of leadership is very hands on. Being out in public on a daily basis and working with residents/businesses is a priority of mine. Reducing the amount of bureaucracy and red tape is my goal. Small government is better government. Confusing processes slow down what actually has to be accomplished.

I look forward to working with the common council and staff. Hearing the council’s perspectives and accomplishing the needs of the citizens is important to me.

Muskego’s second Mayor Donald Wieselmann and Mayor Dave De Angelis are leaders I look up to. I had the honor and privilege to speak with Mayor Wieselmann a couple of times. He was fundamental in building the foundation of Muskego, including the industrial park and post office. Mayor De Angelis lead by example. Always being hands on with his approach is something I would like to replicate.

Final thoughts - anything else we haven't discussed yet that you feel is relevant for voters and community stakeholders to know?

When going door-to-door was still possible, the people of Muskego had one very clear message they were saying to me. They want “New Blood” in office. My status as a political outsider with conservative beliefs provides the people that option for Mayor. Having the support of the Waukesha Young Republicans represents my conservative and fiscally sound beliefs.

The people of Muskego are not looking for experienced leadership, they’re looking for someone that can get the job done with no hidden agendas. Citizens should not have to wonder where the school board ends, and city hall begins. 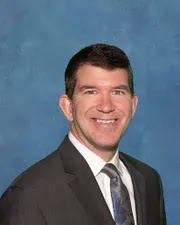 Candidate did not respond
Posted by Staff at 4:46 PM